Three layers of slashing coverage are available for every participant staking through the Liquid Collective protocol including network-wide events, such as network outages, and node operator failures.

With the rise of institutional participation in staking, slashing coverage is a risk mitigation consideration for enterprises and institutions. Liquid Collective's Slashing Coverage Program provides web3-native slashing coverage to every participant staking through the Liquid Collective protocol. The program covers both network-wide events — such as network outages — and node operator failures. 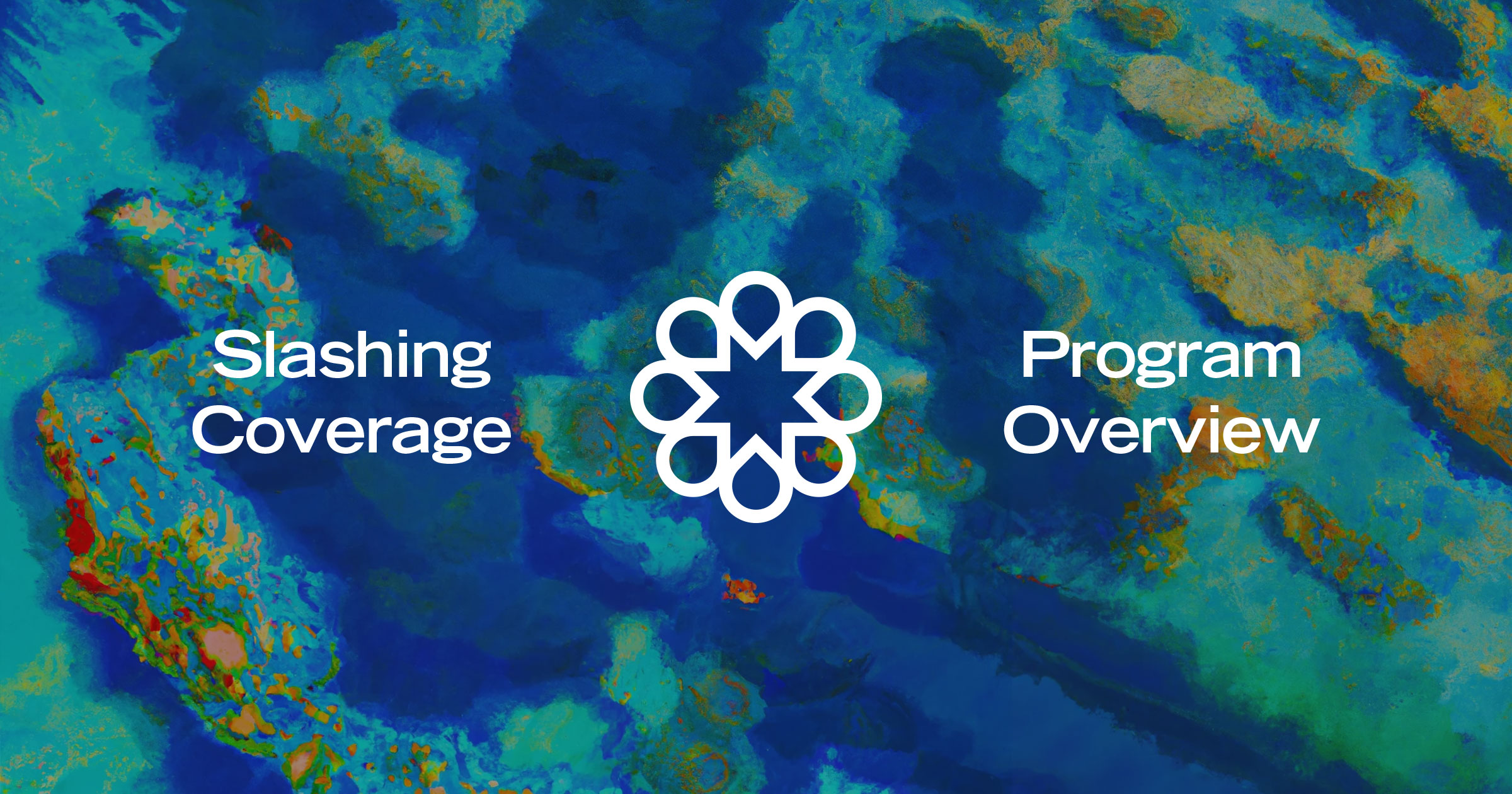 Slashing incidents may result from a node operator's specific fault/inaction as well as from network-wide events broadly (e.g., client bug, natural disaster). Liquid Collective's Slashing Coverage Program is designed to mitigate the risks of both types of incidents. Nexus Mutual provides dynamic umbrella coverage up to 2.0 ETH per validator, and the deductible is assigned between the Node Operator Commitment and the Slashing Coverage Treasury, depending on the cause of the incident. Deductibles will be paid by either the responsible node operator or the Slashing Coverage Treasury.

1. In the case of a network-wide slashable event, e.g., a client bug that leads to a 5 ETH loss across 5 active validators:

2. In the case of a node operator slashable event, e.g., a misconfiguration in validator infrastructure that leads to a 1 ETH loss for a single node operator:

In either case, when a deductible or claim is reimbursed, the reimbursed ETH is deposited to the protocol without minting LsETH. Another benefit of the cToken model is that users' LsETH is not slashed. Instead, the LsETH conversion rate programmatically adjusts to reflect the underlying ETH deposits (e.g., the LsETH conversion rate may weaken if a slashing incident occurs, but conversely strengthen when the protocol accepts a reimbursement deposit).

1. What is Nexus Mutual's decentralized slashing coverage for Liquid Collective?

“Nexus Mutual's coverage dynamically adjusts the cover amount as more ETH is staked to reflect the change in risk. More validators means more diversified risk, so we lower the cover per validator as Liquid Collective grows to provide the perfect balance between cost and coverage.”


Secure by design. Transparent by nature.

3. What is the Node Operator Commitment?

LsETH users may still be subject to slashing losses. If slashing losses were to occur, they would be socialized pro rata for all LsETH user's starting with earned but unredeemed network rewards.

Liquid staking via the Liquid Collective protocol and using LsETH involves significant risks. You should not enter into any transactions or otherwise engage with the protocol or LsETH unless you fully understand such risks and have independently determined that such transactions are is appropriate for you.