Liquid Staked ETH (LsETH) is the receipt token programmatically generated when users stake ETH through the Liquid Collective protocol. Dive into LsETH, its use cases, the risks of liquid staking, the tax implications, and more.

The growth of staking

The two leading mechanisms for achieving consensus in decentralized blockchain networks today are proof of work and proof of stake. The Bitcoin network uses proof of work and relies on a decentralized set of network participants to contribute computing power to submit new blocks to the blockchain. Proof of stake is used by nearly all other major blockchain networks today, and relies on network participants (“stakers”) to lock-up (“stake”) their tokens for the opportunity to submit new blocks to the blockchain and earn network rewards for doing so. Generally, in proof of stake networks, the greater the number of stakers and tokens staked by good actors, the more decentralized and secure a network becomes.

After the Merge, institutional and retail participants are increasingly looking to participate in staking ETH to earn network rewards. But the biggest blockers for participation in Ethereum staking are the illiquidity windows and the lock-up of staked tokens, which are mechanisms that primarily exist to preserve network security and integrity. Liquid staking is an innovation that addresses these needs, providing stakers with increased liquidity and capital efficiency, while preserving the network's security features that accrue to the network as a whole.


How does liquid staking work?

When a user deposits a token into the Liquid Collective protocol, they receive a receipt token that evidences legal and beneficial ownership of the associated staked token. The receipt token can be transferred, stored, traded, and utilized in DeFi or supported decentralized apps (“dapps”). Liquid staking enables participants to contribute to the security and decentralization of proof of stake networks, without the tradeoff of illiquidity. Liquid staking provides stakers with increased liquidity and capital efficiency.

LsETH is a fungible receipt token based on the Ethereum ERC-20 cToken model. When a user deposits ETH to the Liquid Collective protocol, they receive LsETH that evidences their legal and beneficial ownership of the staked ETH as well as any network rewards that accrue to the staked ETH minus protocol service fees and network slashing penalties, if any. 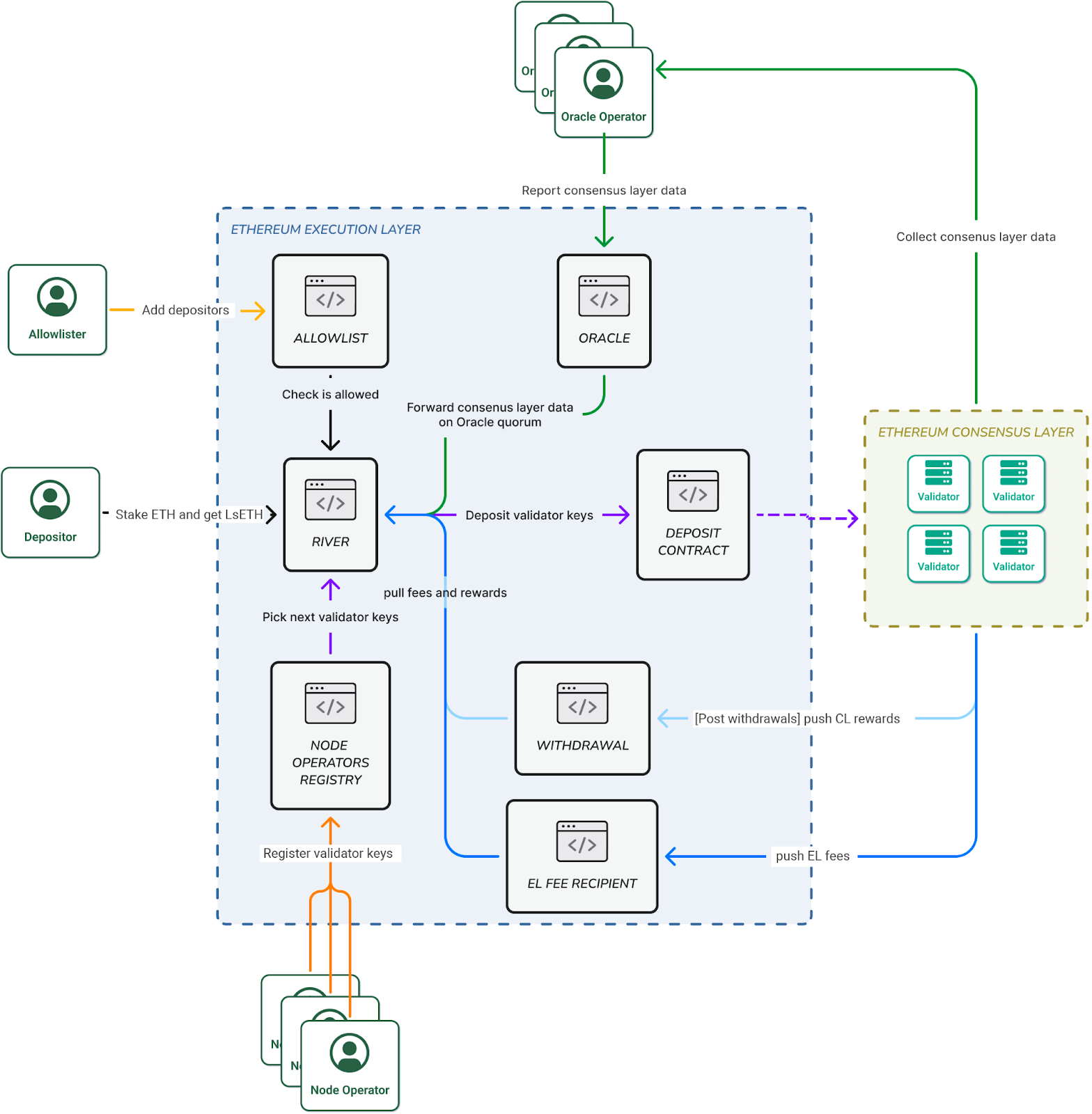 Because of the cToken design, LsETH's conversion rate may fluctuate. Why? As the tokens deposited in the Liquid Collective protocol accrue network rewards, this mechanism will be reflected by a programmatic change in the LsETH conversion rate.

In contrast to token models, such as aTokens that issue new net network reward tokens on a unit basis, depositors on the Liquid Collective protocol will not receive more or less tokens. Instead, the conversion rate for each unit of LsETH owned by the depositor will increase or decrease (i.e., the LsETH will evidence legal and beneficial ownership of more or less ETH) in an amount that reflects accrued network rewards.

A few months later, after your staked ETH has been accruing network rewards you decide it's time to withdraw your ETH from the protocol. The conversion rate is now 1.2.


What can you do with LsETH?


What are some of the risks of liquid staking?

The Liquid Collective protocol is a layer of code written on top of the Ethereum Deposit contract. Similar to any protocol providing a service, there is a potential for code vulnerabilities that are missed by third-party auditors.

As is the case in all proof of stake networks, validators may be penalized for failing to perform their job efficiently. This most commonly results from validator downtime and from a double signing event.

There is a small risk that a validator would surpass a certain threshold of tokens staked and be incentivized to act maliciously by censoring transactions on a given network.

Liquid Collective intends to work with third party validator rating providers to establish validator standards and increase the active set of validators. A significant risk would be a hack where the minting functionality for LsETH is compromised. The protocol will monitor the LsETH supply to ensure that it's reconciled on an ongoing basis with the balance of ETH staked on validators. In this event, the smart contract admins would pause the contracts to limit the amount of LsETH that was minted and remediate the false minting.


How does Liquid Collective compare to Lido and other liquid staking solutions?

Other liquid staking solutions have focused on the needs of crypto-native stakers. In our view, current solutions have failed to meet the requirements of institutional and enterprise participants. Every new entrant to liquid staking contributes to an “alphabet soup” of representative tokens (stETH, cbETH, aETH, sETH, rETH) and the number of liquid staking protocols solving for staker liquidity has resulted in numerous, relatively illiquid receipt tokens that can only be utilized in certain corners of web3.


Built for enterprises and institutional participants


What are the tax implications?

While the status of liquid staking activities under the Internal Revenue Code of 1986, as amended, remains uncertain, certain market views have developed around the U.S. tax consequences of liquid staking, including the following:

Notwithstanding the views outlined above, all liquid staking participants are strongly encouraged to consult with qualified accountants to understand tax implications of staking and liquid staking.

Deposit — the act of staking ETH through the Liquid Collective protocol and receiving Liquid Staked ETH (LsETH) in return.

LsETH — Liquid Staked ETH is the receipt token programmatically generated when users stake ETH through the Liquid Collective protocol. LsETH is a fungible receipt token based on the Ethereum ERC-20 cToken model.

LsETH protocol conversion rate — the amount of ETH for which LsETH can be converted.

Network rewards — rewards generated by the network and earned by Ethereum validators for effectively participating in the validation of transactions and contributing to the security of the Ethereum network. Network rewards are locked on the consensus layer up until withdrawals are enabled on Ethereum.

Protocol fee — the fee received by the protocol.

Total LsETH supply — amount minted by the protocol for staked ETH, minus the total amount redeemed. 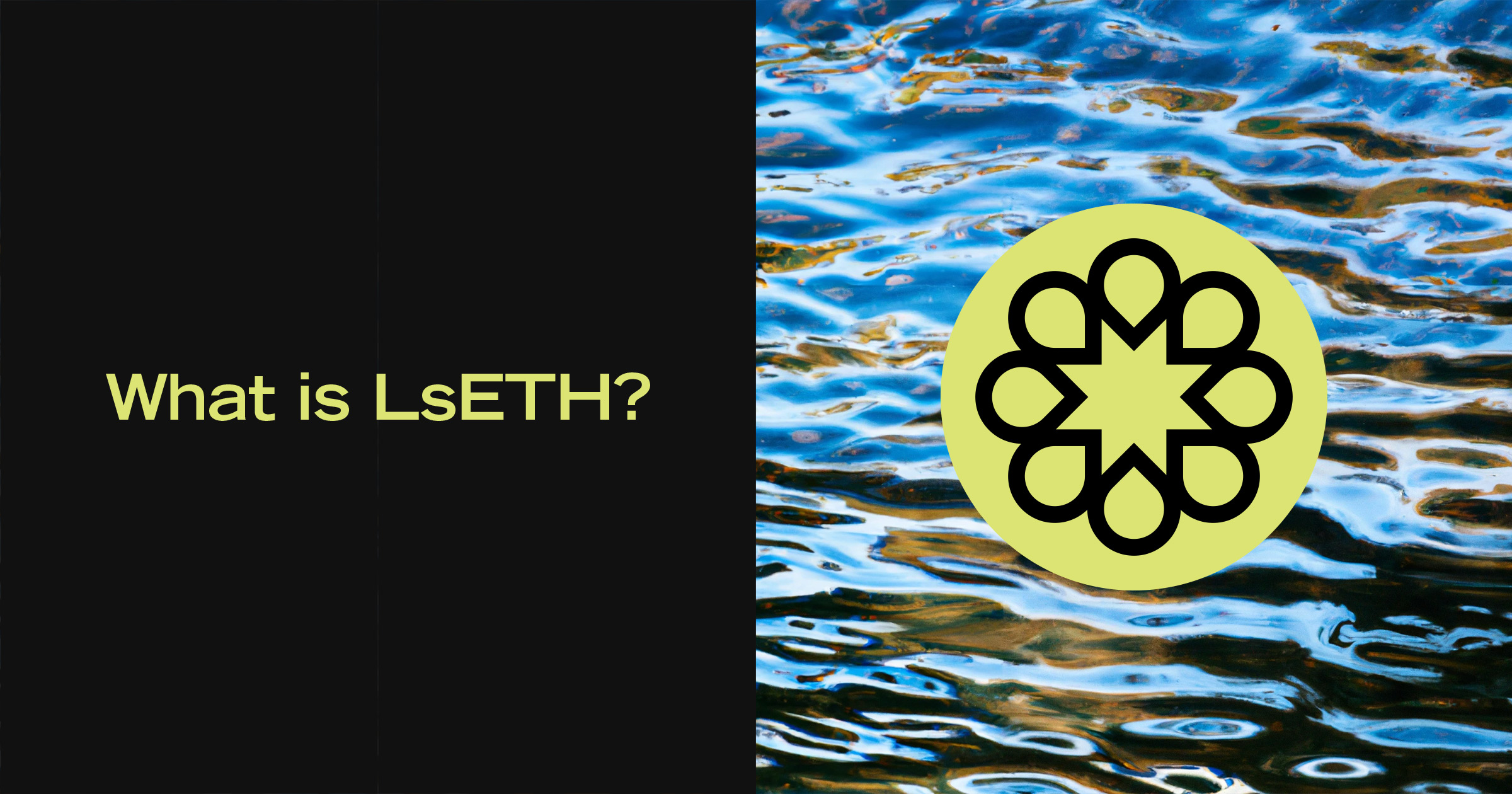